TYPE: GENERAL
— 8 minutes read —
If I was to ask you: “Do you see yourself as someone creative?”, there is an 80% chance you would say “no, not really”. That is what happens in my conferences: only 15% raise their hand when I ask “Raise your hand if you feel creative”.

Now, if I was to ask you: “Do you think kids are creative?”, it will be the opposite, if not a plain 100% positive probability of you saying yes. Maybe I exaggerate a bit (I am a keynote speaker after all…), but I’m not that far.

So what is going on here?

First of all, let me tell you a bit more about me. I was told I have the age of an adult but I’m pretty sure I am still a kid. I wake up and watch cartoons or read a manga with my breakfast. I know this isn’t how speakers usually introduce themselves but it is true.

When things are getting serious, I have burning energy in my stomach to play and make jokes to make serious work enjoyable and fun. I go to magic shops because it is not appropriate anymore for me to own kid’s toys.

Oh and I haven’t mentioned, I am a magician and keynote speaker, but you should know that by now.
And when I don’t play with my magic toys, I love to laugh, play with others, and eat chocolate. When kids see me, they instantly know I’m one of them, and seconds after, we are playing together inventing weird screams.

Even the name I go by “Butzi”, is a nickname my german family gave me that stands for “little kid”, “little Todd” in our dialect. It was given to me when I was born and I kept it for the rest of my life to keep the spirit that goes with it.

What does that have to do with creativity? Well, when I started my career as a magician -so I could continue to play with my toys, I decided to explore different types of arts to enrich my performances.

For years I learned acting, studied theater, clown, music, and creativity in general. I practiced and practiced again…sleight-of-hands, playing truthfully, juggling, telling stories, creating illusions. And I always tried to understand “what it was all about”. I guess the “it” was something I was seeking without knowing what it was.

One day I read a sentence in the book “Stanislavski’s legacy”, a book gathering thoughts and unpublished works of theater grandmaster Constantin Stanislavski. It said:

“You have to study kids to learn about creativity because they are closer to nature”. -Stanislavski-

Boom. The impact was so great that it didn’t hit me instantly. Quotes have that effect, like when you see a good speaker on stage. It was like a shock wave that would hit months -and even years- later.

Like a seed that was planted in the center of my brain and that I couldn’t ignore as it was growing. I came to understand that everything evolved about this for me.

In the following months, a myriad of sentences starting with “oh, that is why…” and ending with the description of an exercise I have done in the past or behavior I had noticed about myself, were popping in my mind. I found “it”.

What did Stanislavski meant by that? From what I understood, given my personal and professional experiences, is that he simply meant to say that kids didn’t have the time yet to be forged by a culture and an education and so they are closer to our natural state.

And because being inventive, creative, and finding new solutions is in our DNA, it explained why those toddlers who didn’t yet suppress this amazing ability, are more creative (that is the interpretation I share in my Keynotes anyways…).

And if you think about it, what do kids do (apart from playing with their poop)? They draw never-seen-before things, they ask surprising questions born out of an insatiable curiosity, they make up crazy stories and characters you have never heard of before, and it seems to us like their imagination is limitless.

Everything they do is out of the box. I bet we could use that in our work life and everyday life today.

You still got it, man!

But after all this praise about kids, I have great news. Are you ready? You still got it, man! Your inner child is not dead, it is just asleep and you can wake it up!

We magicians (and some keynote speakers) know that because we see it all the time in our audience’s eyes as they are experiencing a good magic trick.

Even CEOs and “important” people (read ego-inflated people) will give you this boyish smile and this candid eye, whether it is for 45 minutes straight or for half a second. This look can be re-awaken in everyone’s eyes.

That means you can use your imagination like kids do and explode with creativity. And for that, you don’t need more imagination.

Actually, I believe adults have way more imagination than kids do.

Yes, I said it, kids have less imagination than adults. But I believe the way they use it is optimal. Those cute and young humans are masters at letting their imagination flow.

But we adults have to have more imagination as we have so much more experience, images, and millions of stimuli accumulated in our minds throughout the years.

We have seen, though, and done so much more than kids that it is not possible that they have more imagination than us, more ideas, more crazy things in their mind. But we have blocked our imagination such a long time ago, that we now don’t even think it is possible to let it out as kids do.

There is also another aspect. How do they do to imagine they have to escape crocodiles and snakes when you are in the parking lot of your grocery store, trying to empty your cart? How do they make it so real to them?

Of course, we adults don’t think we need to do this because we have other serious stuff to do…so we don’t. But the less we practice with our imagination, the worst we become at letting it flow. That is why the top actors are so good at it!

When you see an actor fighting a dinosaur in the movies, he is in fact on a green screen looking at 20 people holding cameras, folders, and microphones. They re-learned to work with their imagination and see people and things around them, to feel various emotions, and to imagine themselves in stories.

They didn’t grow their imagination, they learned to get rid of the blocks and barriers that were holding their already existing fantasy.

I have a great example of an adult who decided to stay a kid and play with his son. He did the “action movie kid” series and this great. If you have never seen it, click on the link below the video!

A father makes awesome creative videos with his kid…

It doesn’t have to be great

So how can you do that and reawaken the kid inside of you? Well, one of the Kids’ major strengths for creativity is in the title. It is all about the fun and the play, with no attachment to the outcome. And you can embody that concept too.

Why not give a chance to your ideas even and especially if they are stupid, absurd, ridiculous, or bad? Why not write them down on a funky note pad? Those ideas will lead for sure you to interesting thoughts and amazing breakthrough because you will be able to bounce on them using your knowledge and experience. But the difficulty of this process is to be able to trust. Trust that even if the ideas you have looked terrible, even if the outcome is deceiving, and that on 10 ideas you write, 9 are stupid, 1 might resonate with you like no other idea ever did. The difficulty is to be able to “free yourself from yourself” as Michelangelo said.

“Free yourself from yourself”
-Michelangelo-

And the first mistake most people do is that they are looking to find the perfect solution, they are looking to produce the perfect piece of art when they are not even artists. And we all like to “try hard” because we were told to as we grew up. We think hard to do something “good”. But no one finds the perfect solution “just like that”! Artists try things out, innovators have thousands of ideas they experiment with. Speakers as well! They fail and try again, they get better at it bit by bit. Exactly like you used to do as a kid when you were learning something.

Expecting to be Celine Dion when you sing under the shower will for sure disappoint you and might decide singing is not for you after all. So don’t expect it to be good. The most important is to try and create simple things so you do the first steps and bit by bit and train your creativity in the process. It as if you have been laying down for 3 years and think you are going to run a marathon when you stand up. First, you need to stand up and do your first steps. And do it again and again and again until you run that marathon!

The “I don’t care if it is shitty” attitude

More than anything, I believe you can start by just not caring what others think of your ideas, your art, and the quality of whatever it is you feel like producing and creating. I would even say, let’s not care about tools and techniques for the moment because the attitude is so much more important than the tools!

GUESS IT: how do you think great artists and innovators do to get their vision out in wild the world?

Answer: Yes, they don’t care if it is shitty.

They just don’t think of all the things that block the majority of people and thus don’t see creativity as an issue. Or at least they learn to master that feeling. But the aim is to not care what others think about your ideas or that you don’t find the perfect idea. Artists, just get their ideas out there because it is fun or because they feel like it.

GUESS IT: Who are the champions at not caring?

That is why this whole essay is called like that and that most magicians and lots of artists are still kids in grown-up bodies; kids are super creative because they don’t care. They don’t care that their drawing is super not realistic, they don’t care if they wrote on your table when they weren’t supposed to and they don’t care if what they sing is the worst song ever. So can you. Take this first step and create the worst thing you can today. And tomorrow. And before you know it, you will be closer to your authentic self, and to your natural creative state.

Have fun every day for no reason, be amazed by anything, stay curious, and create like a mad man! 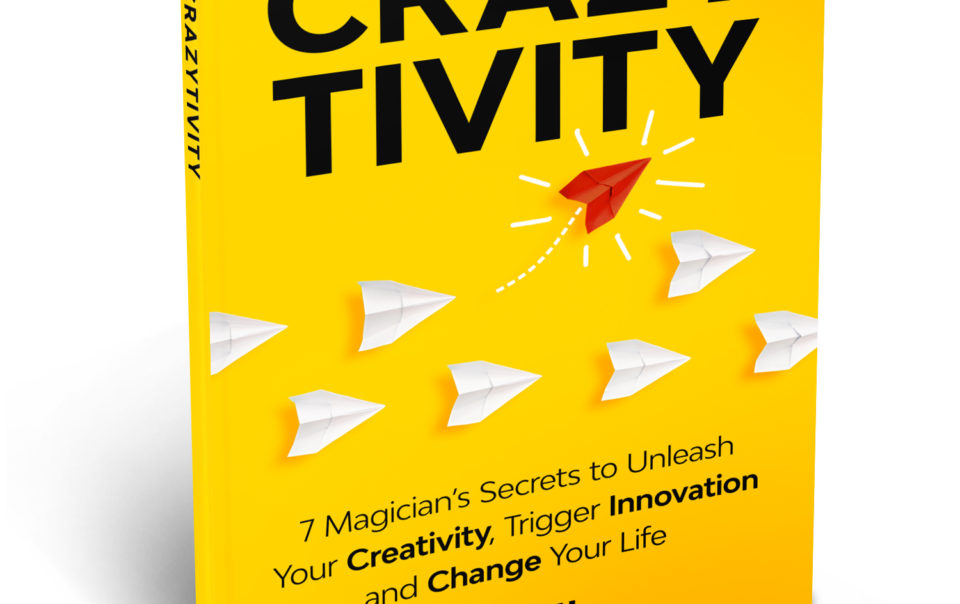 MY CREATIVITY BOOK IS HERE! 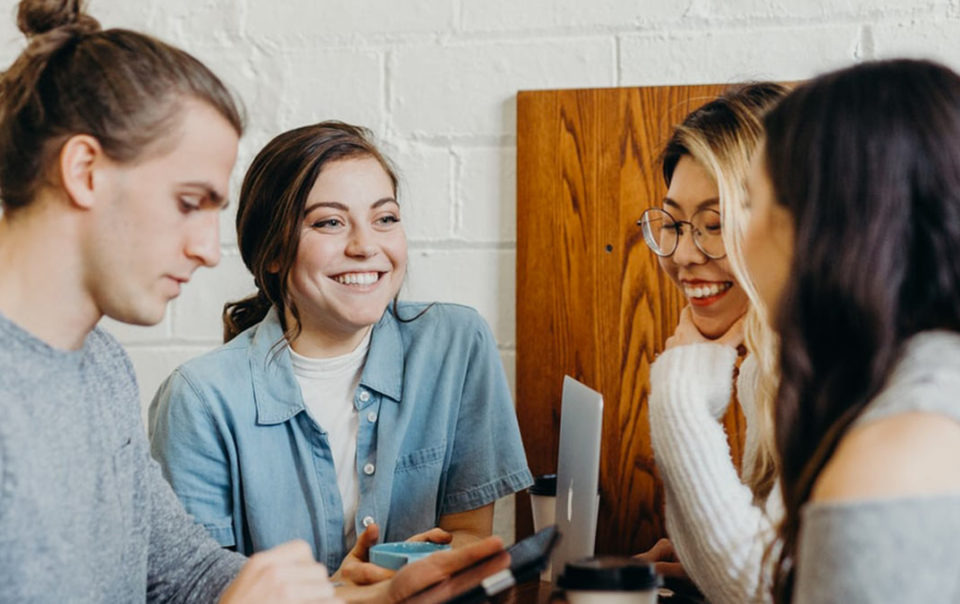 How Meditating 5 Minutes a Day Boosts Your Creativity Reply

[…] is perfect to find new solutions and ideas as I usually explain when I talk about magical moments (those moments in the shower, while driving, or falling asleep when you have amazing ideas). […] 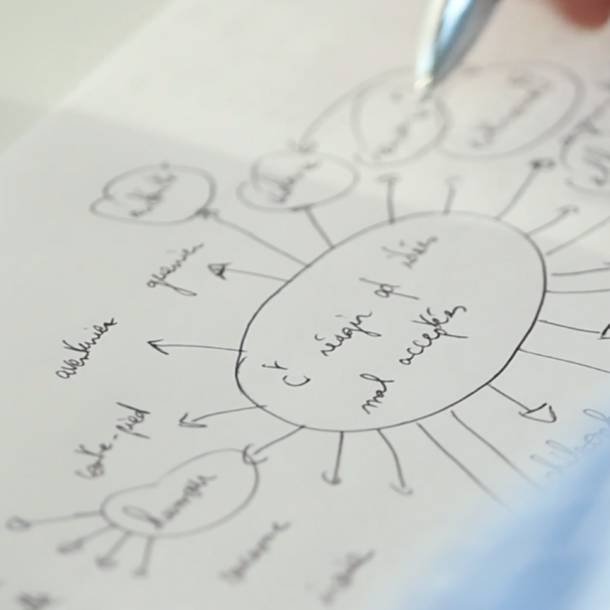 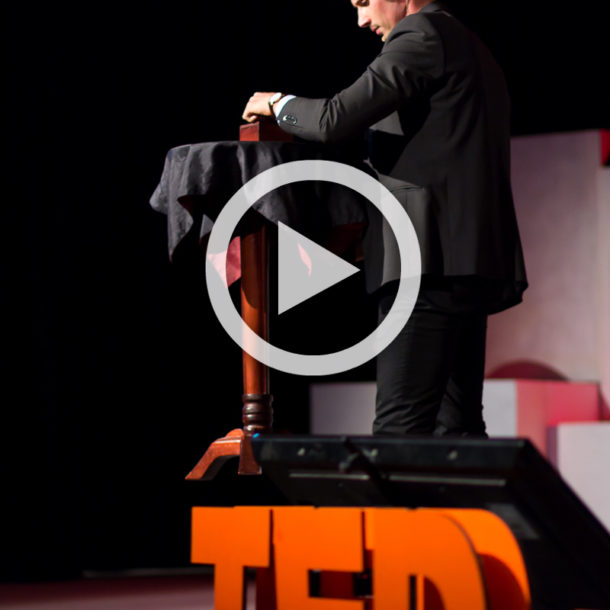